Sinn Féin members from the Bray area held their selection convention
on Friday last to choose candidates for the Local Elections which are
due to be held in May next year. Sinn Féin members selected Cllr John
Brady and Oliver O'Brien to contest the elections after Cllr Rossa
Murray decided not to stand for re-election to the new reconfigured
local authorities.

Bray Sinn Féin councillor Rossa Murray stated "On Friday last a large
number of party members from the Bray area attended the selection
convention to choose candidates to contest the local elections in the
Bray area. I had previously informed the party of my intentions not to
put my name forward for reelection, come the elections i will have
spent five years representing the people of Bray at council level. I
believe getting elected to represent the people is the highest honor
that anyone can be given and i am both honored and privileged to have
done so. However it is very time consuming and it has a tendency to
take over your life,its also very difficult with my job as a bus
driver because of the shifts i work. I will have served the people for
five years and i believe the time is right for me to take time out to
spent with my family."

Cllr Murray continued "On Friday at the convention i had the honor of
proposing my party colleague Oliver O'Brien as a candidate to contest
the elections, this was unanimously supported by all the membership.
Oliver is a very popular teacher in St. Fergals senior school were he
has taught for over 30 years. He is also the chairperson of the Fergal
Ógs GAA club in Bray. I believe he will make a excellent candidate and
will make a fantastic Councillor when elected. He has served the
community in the Ballywaltrim area well over many years and he will
bring a new dynamic and energy to the council."

Cllr Murray went onto say "My friend and colleague John Brady was also
selected to contest the elections again after receiving the continued
support of the membership of the party to continue the work he has
been doing over the last 10 years."

The newly selected Bray Sinn Féin candidate Oliver O'Brien said "I am
delighted to have been selected  to contest the upcoming local
elections for Sinn Féin. I am truly humbled to have been proposed by
Rossa and i hope i can be at least half as good of a Councillor as he
is. I believe the time is now right for me to take on this new
challenge. I have been a school teacher in St. Fergals now for over 30
years, i think the issue that has driven me to take the decision to
put my name forward for election are the cuts in education. I am on
the front-line and i know only too well how the cuts to education will
impact on the children of today. I have seen Bray develop over many
years, whilst there have been many positives, unfortunately there have
been negatives too. I have seen communities break down and people
getting left behind. I have been involved in community work all my
life and i am currently chairperson of the Fergal Ógs GAA club, i
believe i can use my skills to help put communities and people first
and help build a better Bray for everyone."

Oliver O'Brien concluded "I look forward to the challenge that lies
ahead, Sinn Féin in Bray and right across Wicklow continues to go from
strength to strength. I am looking forward to working alongside my
colleague John Brady, i believe we make a very strong team that will
put people and communities first."Ends 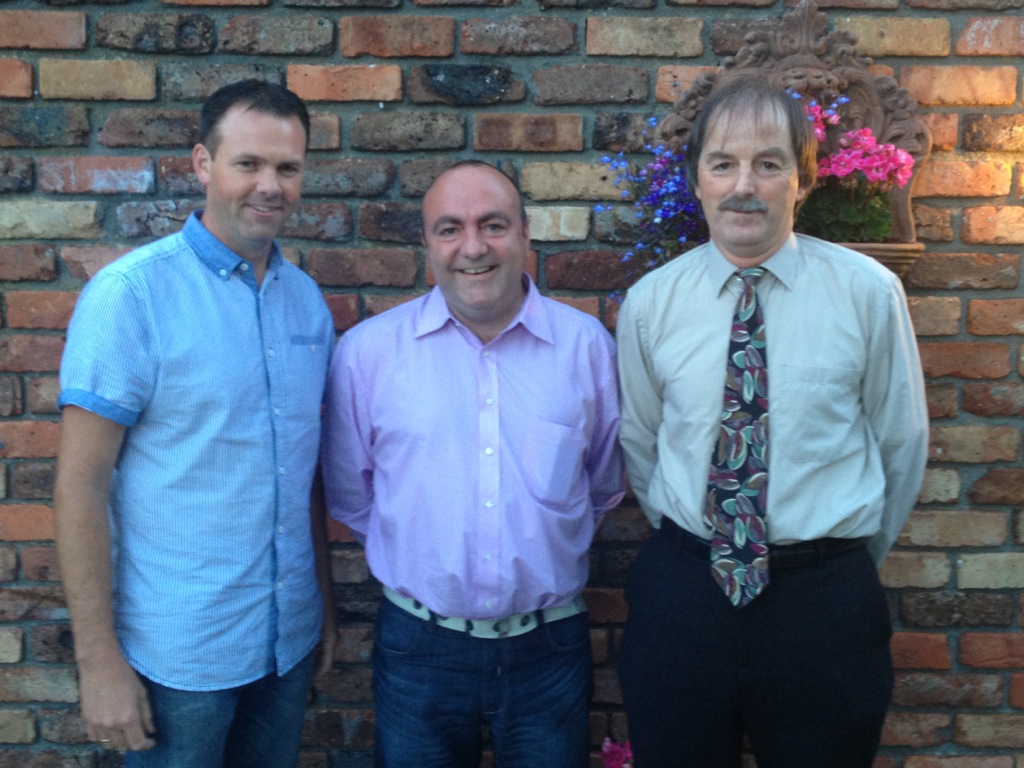