Wicklow Sinn Féin councillor has described the government’s decision to hold off issuing water tax bills until after next year’s local elections as a cynical move that will drive us deeper into recession.

Cllr Brady said “Minister Hogan has admitted that the water charges will commence in October 2014 and that Families will receive the bills in early 2015. This is a cynical move, the government is holding off until after next year’s local elections before anyone receives a bill for water. Fine Gael and the Labour Party know that to issue the bills before May would certainly mean a loss of council seats. The current proposal to charge households for water was dreamt up by Fianna Fáil but brought to life by Fine Gael and Labour.”

“Water charges are wrong. To charge people for the water they drink is unacceptable. The reality is struggling families will be hit with yet another bill. In Denmark, with a population similar to our own, water metering is in place and in 2007 the average cost was €715 per household.

The Sinn Féin councillor continued “The government spins a myth that we do not pay for our water.  We pay for our water service in our taxes. Water charges will mean the public pay three times for their water. Firstly in their general taxes, secondly through this new charge and, finally, they will pay through the National Pension Reserve Fund, which is being used to fund the installation of water meters. Local Authority Professional Officers have given estimates of €1.2 billion to cover the cost of the installation. It is ordinary householders who will be footing the bill.”

Brady went onto say “Revised data from the Central Statistics Office shows the economy contracted in the second-half of last year and shrank another 0.6pc in the first three months of 2013. This means that we have again officially entered recession for the first time since 2009. Many experts believe this is down to the introduction of the property tax, even the Fine Gael transport minister Leo Varadkar has said that the property tax has played a part in Ireland’s return to recession.”

Brady concluded “The bottom line is austerity isn’t working and it is simply pushing us deeper into recession. Sucking millions more from the pockets of people who don’t have it to pay for a tax on water that they have already paid for is wrong and must be halted. Even the former head of the IMF mission to Ireland Ashoka Mody, has admitted that the austerity-only policy chosen for the handling of Ireland’s EU-IMF bailout was a mistake. What we need is to get people back to work and to stimulate the economy, as opposed to forcing those who haven’t got anything left to give pay for the mistakes of the previous government. Water taxes are wrong and Sinn Féin will continue to oppose their introduction.” Ends
Posted by John Brady TD at 01:18 No comments: 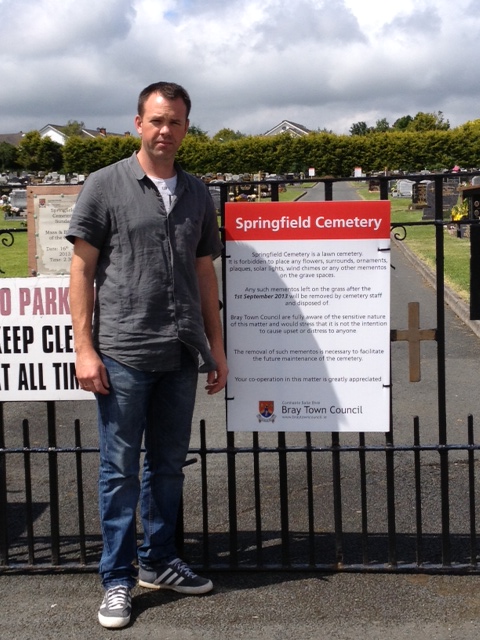 Over 75 people attended Bray Town councils July meeting to oppose thecouncils threat to remove items from their loved ones graves inSpringfield cemetery in Ballywaltrim. A petition containing over 2000signatures were handed over to the chairperson of council opposing thecouncils attempt to enforce an old council policy of havingSpringfield as a lawn cemetery. Bray Town Council have erected signsin the cemetery stating that from 1st September the council will startremoving flowers, plaques and other mementos from graves inSpringfield to turn it into a lawn cemetery. The council has agreed tomeet a representative group from the families and have committed notto touch any graves before that meeting is held.Sinn Féin councillor John Brady who opposes the councils attempt toretrospectively enforce their lawn cemetery policy stated “Over 75people showed up to the July meeting of Bray Town Council to opposethe council’s decision to try enforce their lawn cemetery policy inSpringfield, this is after allowing families maintain the gravesthemselves for over 12 years. This decision of the council has beenthe cause of great hurt to family members who have loved ones buriedin Springfield. A petition opposing the council’s policy whichcontained over 2000 signatures was handed to the chairperson of thecouncil before the meeting commenced.”Cllr Brady went onto say “Unfortunately despite having asked, theissue of Spingfield was not on the agenda for the council meeting, soat the beginning of the meeting I requested a suspension of standingorders to allow the sensitive issue be discussed. This was supportedby my party colleague Rossa Murray.”Brady continued “I stated that it was insensitive and wrong for thecouncil to try penalise families now for the councils complete failureto enforce their own policy and that the council must now come to somecompromise due to the fact that families have for over 12 years beenallowed maintain and keep small mementos on their loved ones gravesand that its totally wrong to penalise families for the councilsineptitude.”Cllr Brady concluded “After some lengthy debate on the issue it wasfinally decided that the council officials and councillors would meetwith a representative group of family members to discuss the situationin Springfield and the council committed not to touch any graves untilthat meeting takes place. I am delighted that the council officialsand other councillors have now agreed to sit down around the table andtry resolve this very sensitive issue. This breathing space providesthe council an opportunity to look at a number of options and possiblecompromises to get themselves out of this mess of their own creationand to allow family members tend to their loved ones graves in theloving way there have been doing now for many years.”  Ends 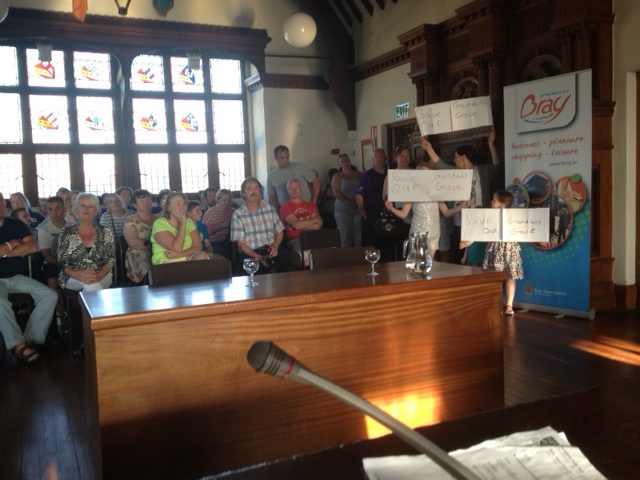 Dublin Bus shelve plans to curtail the 145 route to Kilmac

Sinn Fein councillor John Brady has welcomed the decision by DublinBus to shelve their plans to scrap the 145 bus route to Kilmacanogue.The Sinn Féin councillor was informed this week by the operationsmanager of Dublin Bus that plans they had to terminate the 145 atSpringfield cemetery as opposed to Kilmac will now not proceed.Speaking after receiving the positive news Councillor John Brady said"I am delighted that common sense has prevailed and that Dublin Bushas scrapped their plan of cutting the 145 bus route to Kilmacanogue.When I first discovered the plans of Dublin Bus to cut the route backin February it caused huge levels of concern in the village whichresulted in a big community campaign of opposition. The communityfought long and hard to get a bus service to Kilmac and they certainlyweren't prepared to give it up without a fight."Brady continued "The 145 bus provides a critical link for the peoplein the village and the evidence of that showed when i called a publicmeeting on the issue in Kilmac in March, when over 150 people turnedup to listen to how the service could be saved. At that meeting manypeople voiced their opposition to the plans, but more importantlythere were many constructive proposals on how to save the route,improve and enhance it. We compiled a petition with over 1500 peoplesigning it, i also had the issue dealt with at a meeting of WicklowCounty Council and a motion was passed opposing any plans to cut theroute and this was relayed to Dublin Bus also."Brady went onto say "Unfortunately it was disappointing however that anumber of requests to officials from Dublin Bus to sit down with arepresentative group of residents and users of the route from Kilmacwas turned down. The reason given was that they don't do publicconsultation, which is quite bizarre as Dublin Bus is there to providea public transport service and they receive substantial subsidies todo so. One would imagine consulting with the public user with be acritical part of the process in determining routes."Brady concluded "Since February I have remained in constant contactwith officials in Dublin Bus and continued to voice opposition totheir plans, so i was delighted when I was finally informed thatcurtailing the route at Springfield cemetery is now off the cards.This is fantastic news for everyone in Kilmac and shows that when acommunity comes together they can achieve a lot. I have committed towork with Dublin Bus to try improve the service now and try addressany small issues that maybe of concern to the officials within DublinBus. I will also continue now to push for a bus shelter and otherimprovements for the public in the Kilmac area." Ends
Posted by John Brady TD at 13:16 No comments: